The Rand at Porter is a mixed-use luxury condominium development located just steps from the Porter Square Red Line Station at 1975 Massachusetts Avenue. Comprised of 19 one and two-bedroom condominiums, a three-bedroom townhouse, and 3,500 SF of retail space, the housing portion of the Rand was entirely pre-sold prior to completion in the spring of 2017.

Designed by the award-winning architectural firm Prellwitz Chilinski Associates, the four-story structure was built using modular construction. The individual units were assembled in a climate-controlled factory in Maine while the foundation was being constructed, and assembled over the course of one weekend, thus saving months of construction time while maximizing quality control. All of the condo units feature high-end finishes and appliances, with two of the units classified as affordable. 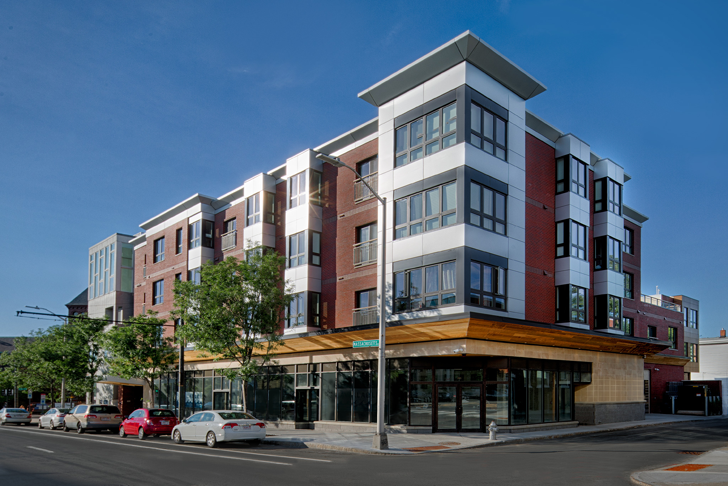 Banker and Tradesman: Porter Square is Getting a Rock and Roll Daycare

The City of Cambridge: First Time Homebuyer Opportunity for the Rand at Porter