A Commitment to Salem 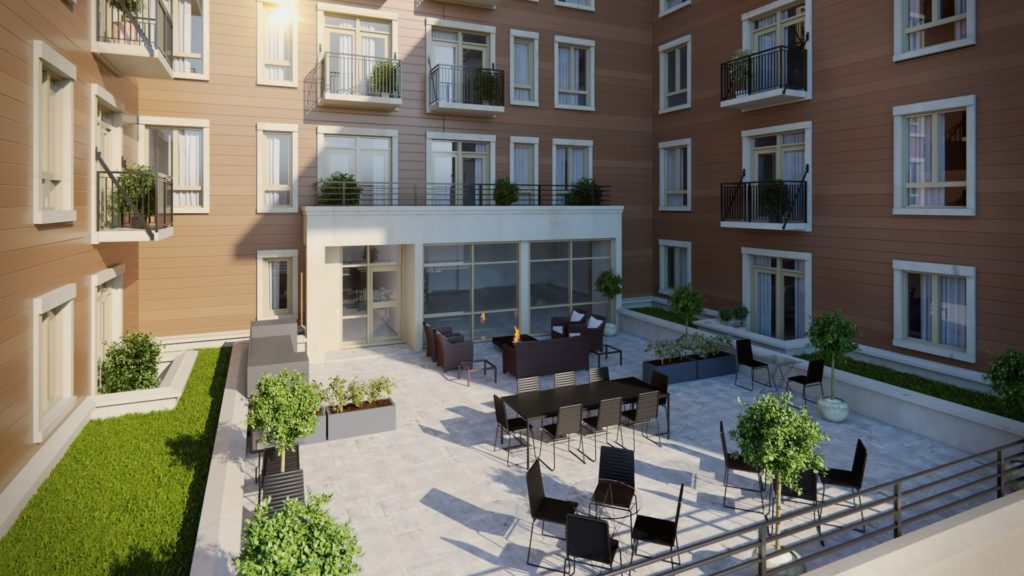 Salem, MA – The BRIX development in Salem, Massachusetts, is a great example of what the team at Urban Spaces is known for. A mid-sized residential buildout in a centrally located urban infill location, BRIX invests in the growth and revitalization of its community and relies on local talent to get it done.

Urban Spaces has invested around $30 million in this project, which falls in what CEO Paul Ognibene calls “the sweet spot” for the company’s project sizes, usually falling between 20 and 200 units. The 110,000 square-foot BRIX condominium development will offer eight one-bedroom units, 44 two-bedroom units and nine three-bedroom units. The living spaces will range in size from 800 to 1,700 square feet each, with prices starting in the mid-$400,000 range.

BRIX is slated to be finished in mid- to late-summer of 2021. Along with its 61 units, the building will feature high-end amenities for residents, including a tranquil roof terrace where residents will enjoy views of historic downtown Salem, a club room, a pet spa for BRIX’s four-legged residents and a fitness studio. Approximately 3,000 square feet of restaurant/retail space will occupy the building’s ground floor.

The BRIX project was awarded to the development team of Urban Spaces and Diamond Sinacori through an extensive request for proposal (RFP) process run by the City of Salem. According to Ognibene, the City wanted to make sure any development around a former federal courthouse in the heart of Salem would live up to its expectations. He says that BRIX is poised to be a new gateway to Salem, positioned right where residents will exit the local commuter rail.

“We’re really proud to have been entrusted with that from the City,” Ognibene says. “They could have selected any developer they wanted, and they selected us. Hopefully that speaks to our reputation and our willingness to collaborate with the City. With all projects, we want to make sure that they’re really well suited for the location and that they fit in with the community’s expectations.”

Although some of the landmark projects on which Urban Spaces made its name feature more innovation than BRIX, like a micro-unit concept, which is rare for Boston, or Dana Park Place, which repurposed many school and church buildings previously owned by the Archdiocese of Boston, BRIX’s more conventional buildout is very much in tune with Urban Spaces’ company philosophy.

The Massachusetts-based real estate development company aspires to have a transformational effect on the communities it serves. Its team tries to find beautiful sites in great neighborhoods—locations that are close to public transportation, employment hubs or universities—to develop mid-sized residential and commercial projects. Salem is one such area with a lot of potential.

“I think what’s really interesting about BRIX is that it’s definitely in a burgeoning place downtown,” Ognibene says. “That is exciting. Really, Salem has not seen new construction for homeownership at this level in maybe its history, or at least in some time. So, we are really excited to be part of that growth and revitalization of Salem.”

The company aims to work with the same pool of contractors, consultants and architects over many jobs to build relationships of trust and loyalty, which improves outcomes. The same goes for its relationships with the neighborhoods it builds in.

“When we go into these neighborhoods, we do try to provide some benefit,” Ognibene says. “In the end product, of course, there’s an improvement there that’s going to help the whole surrounding area. But also things like reusing a foundation, using panelized construction, which have a lot of benefits [for] the neighborhood. You can bring high-quality material in and assemble it very quickly so that you’re not blocking streets with deliveries, you’re minimizing noise because you don’t have nail guns going through framing. We try to be as proactive as we can to minimize the impact to the neighborhood and community as we build. And then obviously, [we’re] providing a high-quality product.”

Urban Spaces’ commitment to high-quality buildings and professional and community relationships has given it a great foundation in Salem. And, with the BRIX project, Urban Spaces has also succeeded in investing in the right location at the right time. The City of Salem is now running another RFP for a site just down the block from BRIX.

“We’re really excited because we’ve made a major commitment to invest in Salem,” says Ognibene. “And, along with our project, there are entrepreneurs who are starting small businesses and people who are moving to Salem, really enhancing the vitality of the downtown. We’re excited to continue that into a phase two, hopefully.”