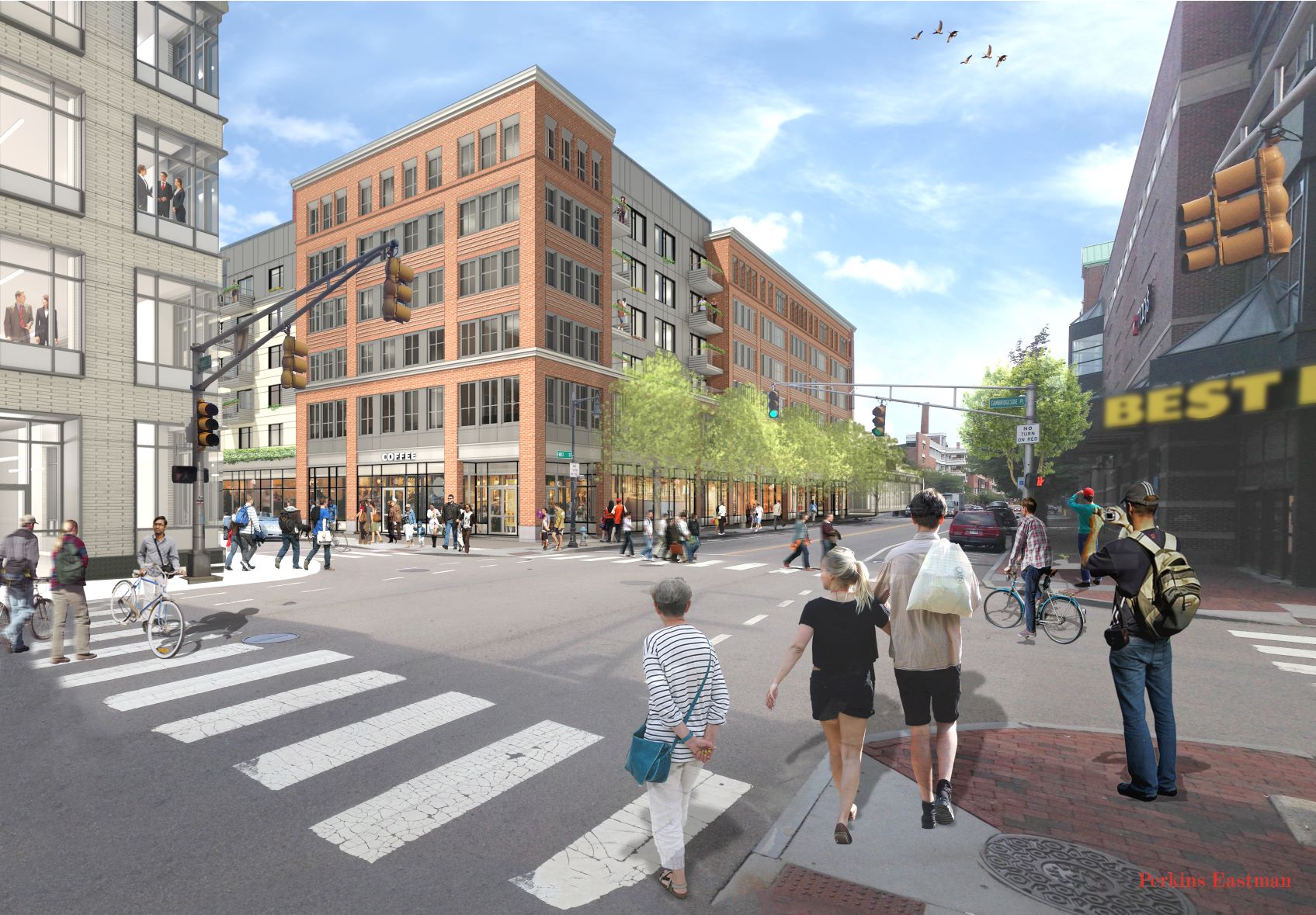 The company is planning to start demolition work in early April at a site across from the CambridgeSide mall, including properties at 99-119 First St., 18 Hurley St., and 29 Charles St.

The larger of the two units will offer 118 luxury apartments above 14,800 square feet of retail space, with 18 units in the adjacent building. A two-level underground garage will have 142 parking and 159 bicycle spaces underneath a half acre of green space, including bike and pedestrian paths.

A mix of studio, one-, two-, and three-bedroom units are in the works, with 16 designated as affordable. All are pet-friendly.

Paul Ognibene, CEO of Urban Spaces, said rents will probably range from $2,500 to $4,500 a month for the apartments. The city of Cambridge will set rates for the affordable units, which Ognibene said will probably cost no more than $1,300 a month.

The company noted in a release the high demand of Cambridge’s rental market.
“With office and lab space in Kendall Square and the First Street Corridor nearly at full occupancy … the demand for luxury apartments in East Cambridge has never been greater,” Ognibene said.

And the owners of the Cambridgeside mall are seeking approval to replace Best Buy, Sears and Macy’s anchor space with three mid-rise buildings totaling 625,00 square feet.