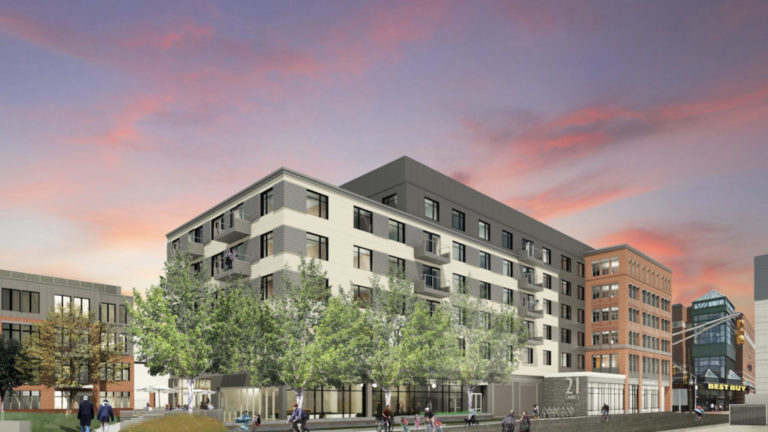 Cambridge, MA After attracting CarGurus as a tenant for a 50,000-square-foot speculative office building, Cambridge developer Urban Spaces is moving ahead with a 136-unit apartment complex in rapidly changing East Cambridge.

Known as Kendall East, the complex across from the Cambridgeside mall will begin next week with demolition of the existing connected office and retail buildings, which formerly were occupied by Petco and Urban Spaces’ headquarters. Construction will begin in April on the site which is bounded by First, Hurley and Charles streets.

The 4- and 6-story wood frame complex designed by Perkins Eastman will include 23 surface parking spaces serving nearly 15,000 square feet of retail space. A two-level underground garage for residents will include 142 vehicle spaces and 159 bicycle spaces. Completion is scheduled for 2020.

And the owners of the Cambridgeside mall are seeking approval to replace Best Buy, Sears and Macy’s anchor space with three mid-rise buildings totaling 625,000 square feet.